Since May 2014, the K+S Potash Canada’s Legacy Project has seen 1,028,916 direct and indirect project hours without a single lost-time injury. For our team, this record is every bit as important as finishing jobs on time, keeping it on budget, and staying true to a project’s vision.

Located in Bethune, Saskatchewan, and built through a joint venture between Walters Group and the Alberici Western Constructors, the Legacy project comprises nine major industrial structures, consisting of approximately 26,000 tons of structural steel. It also involves setting 515 major vessels, some of which weight upwards of 270 tons each.

With up to eight cranes erecting steel on site, all nine major industrial structures are underway or completed, and erection is 83% complete. With a peakfield staff of 430 on site representing 41 different crews and 43 office employees, we expect to completed construction by September 2016.

This project has presented challenges for almost every Walters department and facility. For most of the folks on the shop floors, the K+S project will be remembered for the edge breaking required to suit robust paint coatings. Our team built 171 three-plate girders over a span of eight months. These girders require more than 1,200 complete penetration welds, and weigh a total of 1,694 tons. And although many girders had similarities, we rarely made the same one twice.

The Walters Alberici Joint Venture created shared responsibility and resourcing for field operations, performance, communication, client experience, and safety. Once the Project is complete, K+S will become the only potash producer with large production facilities on two continents. 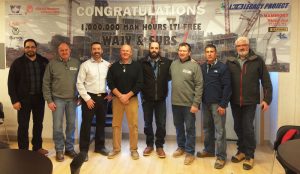 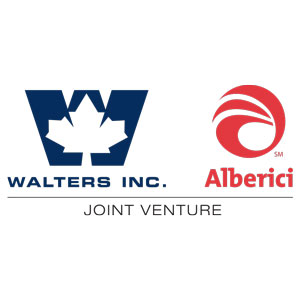