Built in 1978, Yardman Arena was then known as the Quinte Sports Centre. Now, it is home to the American Hockey League’s (AHL) new Belleville Senators franchise. The city of Belleville, Ontario renovated and expanded its 39-year-old arena to include a 9,000sq-ft, home team dressing room and the seating capacity has been expanded from 3217 to 4400.

Walters provided and erected 265 tonnes of structural steel for the North and West additions of this arena, which included one 32 metre truss. These additions will provide adequate facilities for the OHL Belleville Senators.

With a move-in date of December 2017 for the Belleville Senators, the biggest challenge on this project was the very tight site schedule for detailing, material delivery and fabrication.

Location
Project Inquiry
We’d be happy to brainstorm with you, answer any questions, or review the drawings for your upcoming project.
Submit a Request
Related Projects 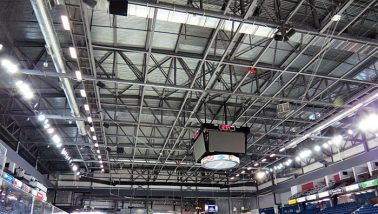 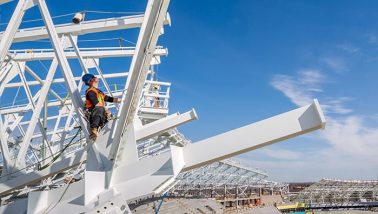