The BHP Jansen Potash Mine in Saskatchewan was designed to be developed in phases; a four-million tonne per year first phase increasing to an ultimate capacity of eight-million tonnes per year, making it the world’s largest potash mine. These are also the tallest potash headframes in the world. Since June 2012, Walters executed the supply and installation of the structural steel for the service shaft A-Frame and support buildings. 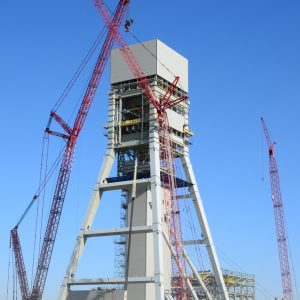 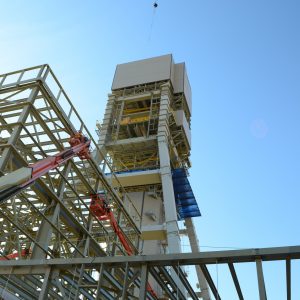 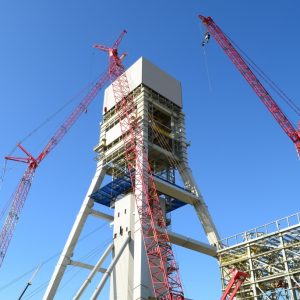 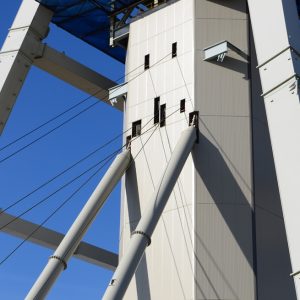 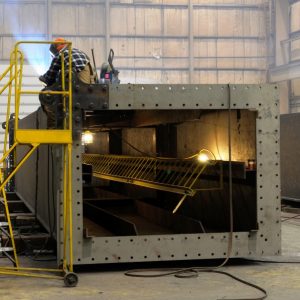 Walters Inc. assisted with design, fabrication and installation of the main A-Frame, hoist houses, rope galleries and the electrical room. Support was provided by Supreme Steel on this project.

The A-Frame support structure was built completely from prefabricated “box sections” made almost entirely of heavy plate material. Each section had to be shipped across the country to the job site. This required the use of a massive 1350T crane for erection. During erection, weather challenges were also a concern due to high winds and extremely frigid winter conditions. Working safely throughout this environment was a high priority for all Walters employees involved.

Location
Jansen, Saskatchewan
Project News
July 9, 2020
Two Headframes for Morton Salt
Project Inquiry
We’d be happy to brainstorm with you, answer any questions, or review the drawings for your upcoming project.
Submit a Request