Irving Shipyards has rebuilt their entire production facility to create new buildings that are simply massive in scale. The new plant includes the Ultra-Hall, the Paint-Hall, and the Assembly-Hall – combining to create a building that is over 1,200 feet long. The fabrication high bay is 150 feet tall, and has a 200 metric tonne capacity, clearing a span of 180 feet across from crane-rail to crane-rail. The plant will be used to build Arctic/Offshore Patrol Ships (AOPS) for the Canadian Navy’s multi-year AOPS program. The ships built in the facility will be used to assert and enforce sovereignty in Canada’s waters, including the Arctic. 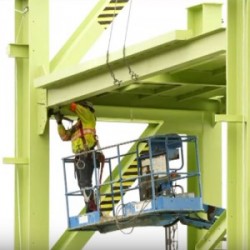 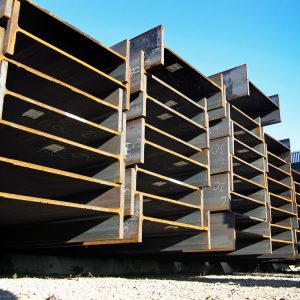 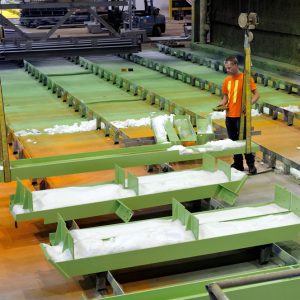 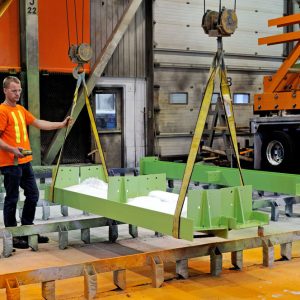 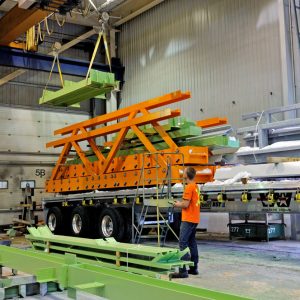 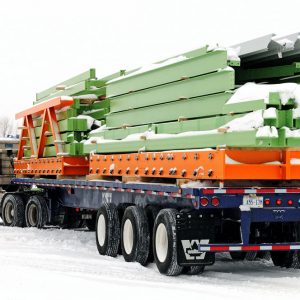 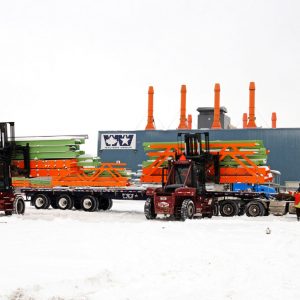 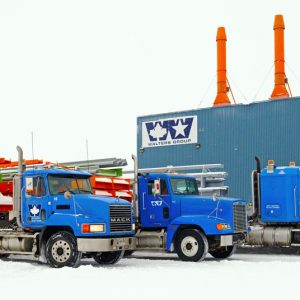 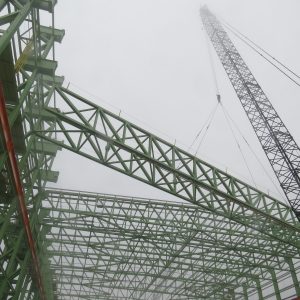 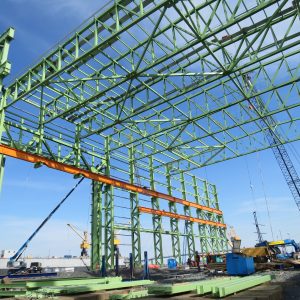 Our role in the project was to supply, fabricate, and erect structural steel and metal deck.

The project was on a very tight schedule. The use of multiple raising gangs to meet the deadlines required a significant amount of coordination.