It is with great pleasure that we announce that Walters Group has been awarded the Two Manhattan West project. This will be Walters tenth major steel high-rise project in North America within the last decade, and sets the company’s record for largest contract awarded.

Walters Inc. and Metropolitan Walters, along with our project partners, Corey Estructuras were selected by owner Brookfield Property Partners and construction manager AECOM Tishman for the supply and installation of this 50,000+ ton skyscraper. Standing at 935 feet tall, Two Manhattan West, also known as the Southeast Tower, is located at 401 Ninth Avenue, alongside Walters Group first New York high-rise, One Manhattan West.

Designed and engineered by Skidmore, Owings & Merrill (SOM), Two Manhattan West is configured to support over 1.9M square feet of office space. Defined architecturally by a gradually sloping northern face and an extended podium at the lower levels; and defined structurally by a configuration which is driven by the fourteen active rail lines below the platform level, this tower involves highly complex structural components with many intersecting connections.

Installation began in August 2019 and is expected to be completed by Fall 2021.

Being constructed in the heart of midtown Manhattan, safety is a priority. Walters is once again deploying the Self-Climbing Cocoon that was used throughout our One Manhattan West project. The cocoon attaches to the perimeter of the tower providing a safe enclosure for our site teams and the public below. As erection progresses, the cocoon effortlessly climbs up the structure, providing a fully enclosed walkway around the entire perimeter of the building. This is especially useful for all the detailing and bolt-up activities that follow erection. 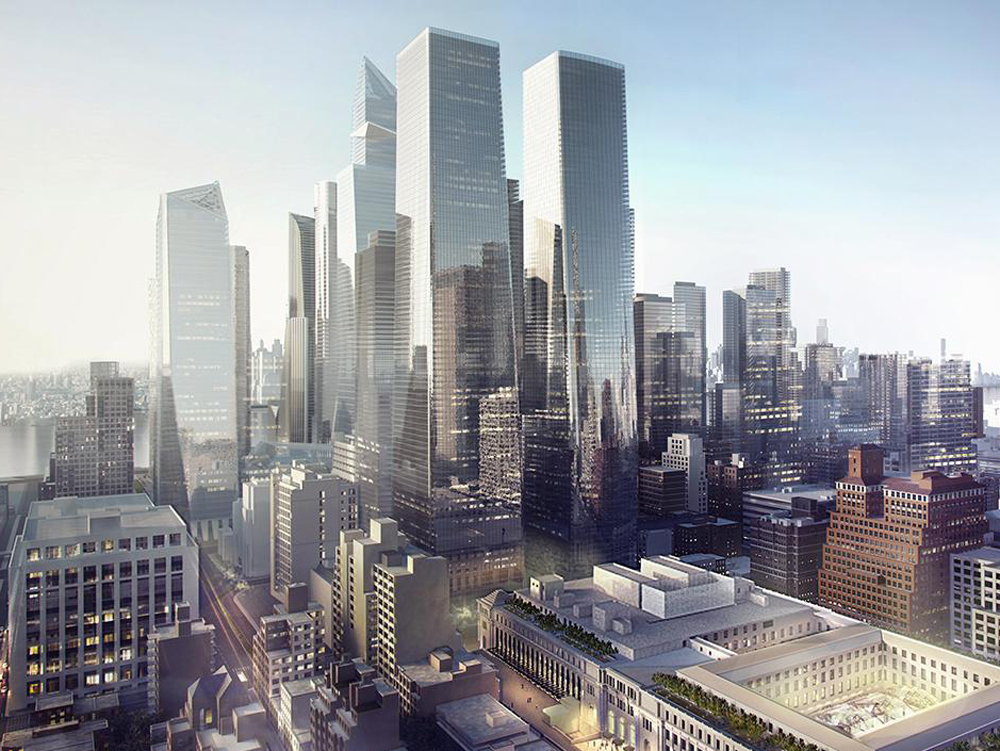