We are excited to share that Walters Group is sponsoring The Push for Change, a unique campaign to support a very important cause.

The Push for Change is a campaign focused on empowering youth and raising awareness to help end youth homelessness. The Push for Change’s founder, Joe Roberts, will be pushing a custom-designed shopping cart, a symbol of homelessness, from St. John’s, Newfoundland to Vancouver, British Columbia over the course of 517 days. He is scheduled to make his way through the Hamilton area on October 28, 2016.

“When I first heard Joe share his story at an event, I was blown away not only by all that he has accomplished in his life after hitting such a low point, but also by his passion for his mission to ensure that others do not have to go though what he did. Joe’s belief that early intervention is a key to solving the problem aligns nicely with our beliefs and the charitable organizations we support, including CityKidz. It was a natural fit and we are thrilled to be on board,” shared Walter Koppelaar, President of Walters Group.

Joe is a former homeless youth himself. In the late 1980s, he was living under a bridge; 30 years later, he’s the former CEO of a successful multimedia company, an inspirational speaker and an author.

Our involvement in the campaign was recently highlighted in an article,”Walters Group Lends a Hand to Former Homeless Youth Joe Roberts” on ironworkers.ca.

To learn more, visit www.thepushforchange.com or watch this video for an overview of the campaign: 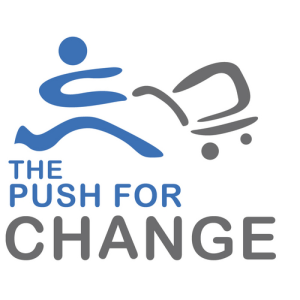