Walters is delighted to announce that we have been awarded the supply and installation of the structural steel and metal deck for Ottawa’s historic Government Conference Centre (GCC).

We will be working alongside construction manager PCL Constructors Canada Inc. as well as Architects Diamond Schmidt and Engineers John Cooke & Associates for Public Works and Government Services Canada (PWGSC).

This Conference Centre is a Rehabilitation project that includes an extensive amount of field work, which is slated to take over one year to complete. This heritage building has not undergone major work since the 1970’s and needs preservation in order to provide an interim home for the Senate while the Centre Block is rehabilitated. Seismic and building code upgrades will be taken into consideration as a priority throughout this project.

The existing building, which was built 100 years ago to serve as the main train station to bring politicians and the public to Parliament, is being treated as an historic site. The four blocks that make up the GCC retain their original names of Main Entrance, Waiting Room, Ticketing Block and Concourse.

Walters is very familiar with this site’s surroundings as the GCC is tucked between the Ottawa Convention Centre, a project we completed a few years ago, and the Rideau Canal. The Walters team will be commencing on site immediately with work winding down Late 2016. 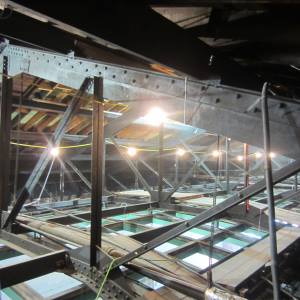