Walters is proud and excited to have been awarded the 2 Queen West project by PCL. This historical building on the northwest corner of the Yonge Street and Queen Street intersection is in the early stages of what will be a stunning heritage makeover that will finally reveal the entirety of its brick façade – much of which has been covered for over 50 years.

The owner, Cadillac Fairview, requires an extensive restoration of the existing four-storey 1895-built heritage building, with a three-storey glass addition and 7,100 square foot green roof proposed above to create a seven-storey structure. The ground and second levels of the plan will host 12,290 square feet of retail space, while offices would be housed on levels three through six. The two uppermost levels will cantilever over the mall’s existing parking garage to the north, with the stepped-back top level proposed as a 7,756 square foot restaurant space.

Walters is responsible for supply, detail, connection design, fabrication and erection of approximately 800 tons of temporary and permanent Structural Steel and Metal Deck. To begin with, Walters will be installing temporary steel to support the 125+ year old existing building facade. Once supported, the remainder of the building will be demolished by other trades. Upon completion of this process, Walters will then erect the permanent steel structure, tie in the façade and then remove the temporary steel.

Down the road and around the corner from this stunning heritage makeover is Cadillac Fairview’s Toronto Eaton Centre Pedestrian Bridge, with which Walters was also involved by supplying the main structural box girder supporting the AESS ribs and façade. 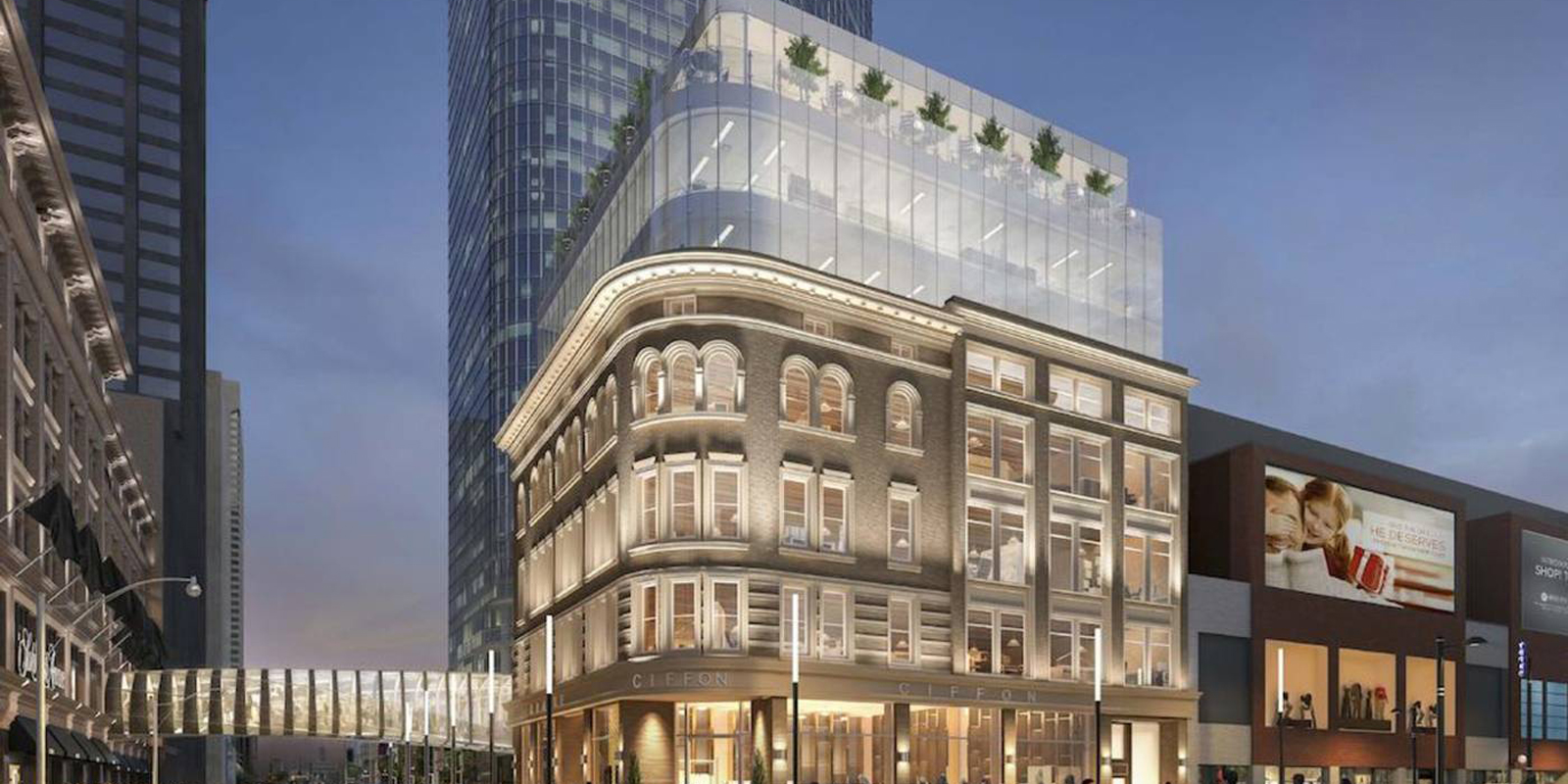