Cadillac Fairview’s 2 Queen Street West building is a spectacular example of transformation. Maintaining the beauty of the 1896 Philip Jamieson Building brick façade while constructing a modern building behind it is no easy feat and requires the expertise of all partners involved.

Walters collaborated early on with Cadillac Fairview, PCL, and its partners to revive the historic 2 Queen Street West building. Located on the northwest corner of Yonge and Queen Street, this extensive restoration of the existing five-storey heritage building will also house a three-storey modern glass addition and 7,100 square feet green roof above to create a total seven-storey structure. In addition, the ground and second levels will host 12,290 square feet of retail space and offices on levels three through six.

Our journey started in 2017 with discussions on how to protect the historic façade. A conventional exterior shoring system was not feasible due to the proximity to the Yonge Street subway running east of the structure. After assessing numerous options, the final solution was an internal steel shoring tower, structural box girders supporting the heritage façade, designed by RJC engineering, and the connection design by Walters. The erection of the shoring tower support was a critical first step allowing the demo crews to safely demolish the entire building behind without the issue of damaging the 150-year-old façade. 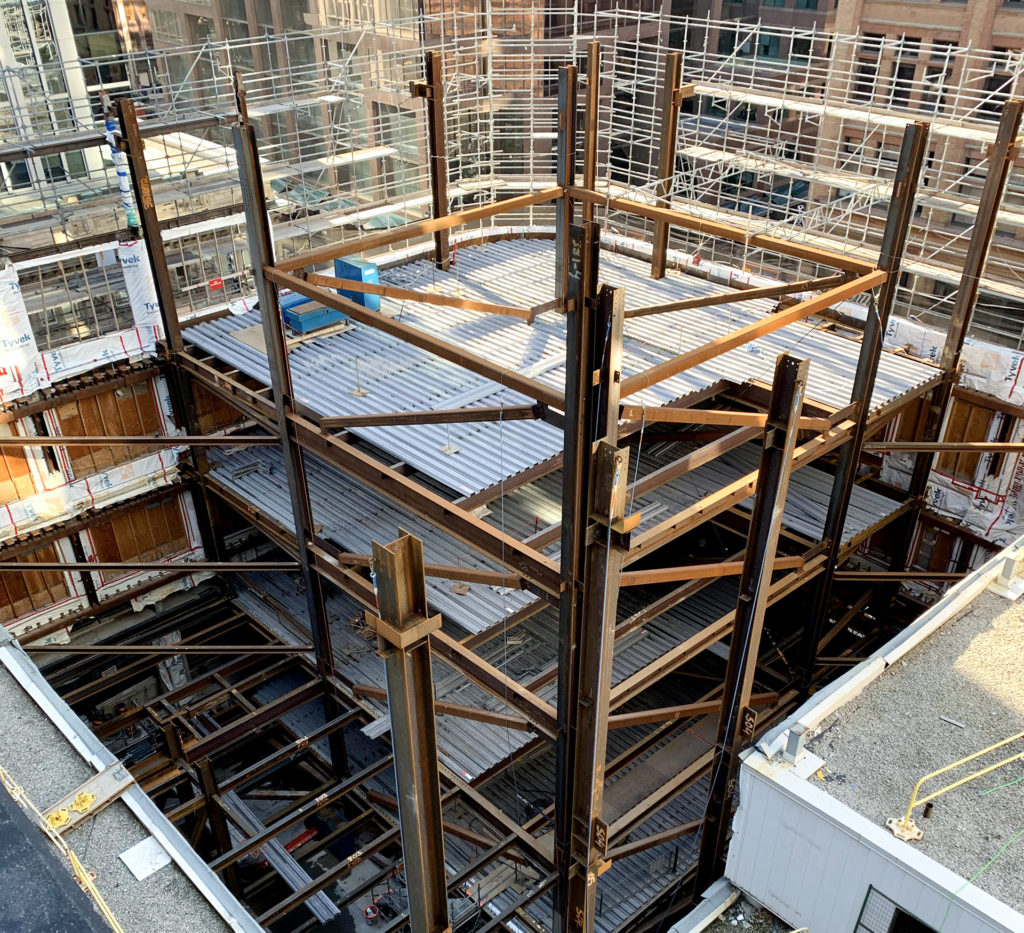 Next up, Walters began a four-month-long carefully sequenced operation of lowering 200 pieces, approximately 800 tons of steel, down through a 20-foot square opening to the appropriate floors of the existing building. Main assemblies had to be kept small enough to fit through the hole and to navigate into place over the existing floors. Again, we took precautions to avoid overloading the floors with too much weight. 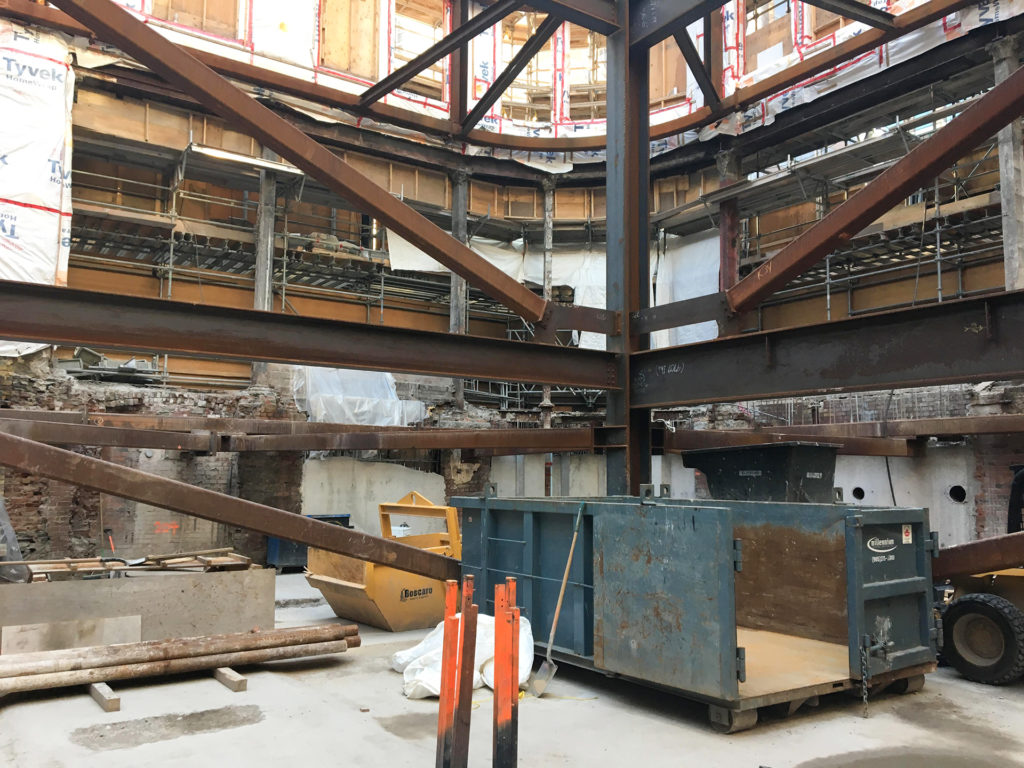 Although the shoring tower is part of the temporary support system, the primary columns and beams are permanent and will become part of the new building structure. The wall support system consists of five rows of hollow structural steel (HSS) walers, each with eight props, which extend to support the heritage wall. The system was carefully designed to provide the protection and flexibility needed to work around the facade. Installing the wall plates and the waler system turned out to be one of the most challenging tasks as the structural steel design was complete before crews opened up most of the walls. That led to a considerable amount of creative engineering to accommodate various elements under as-built conditions.

Now into the final stages we tied the heritage wall into the permanent floor steel and are installing the upper tier of structural steel and metal deck. We will soon begin the arduous task of removing the temporary bracing that once supported the heritage wall. The two uppermost levels will cantilever over the mall’s existing parking garage to the north, with the stepped-back top level as a 7,756 square foot restaurant space. 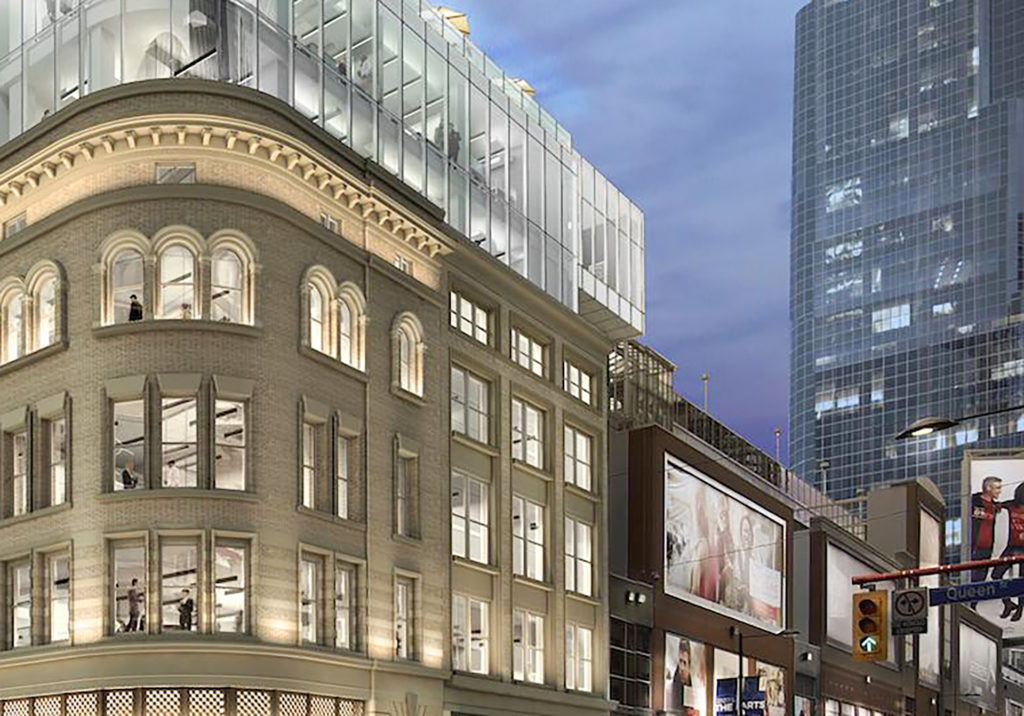 Image courtesy of Zeidler and ERA architects for Cadillac Fairview 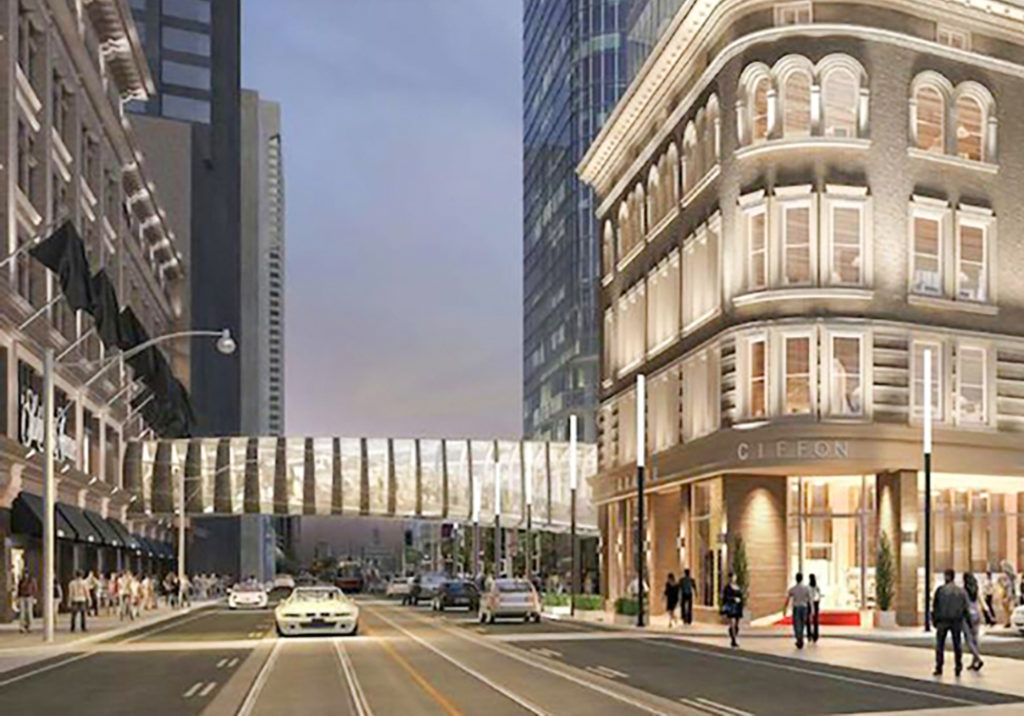 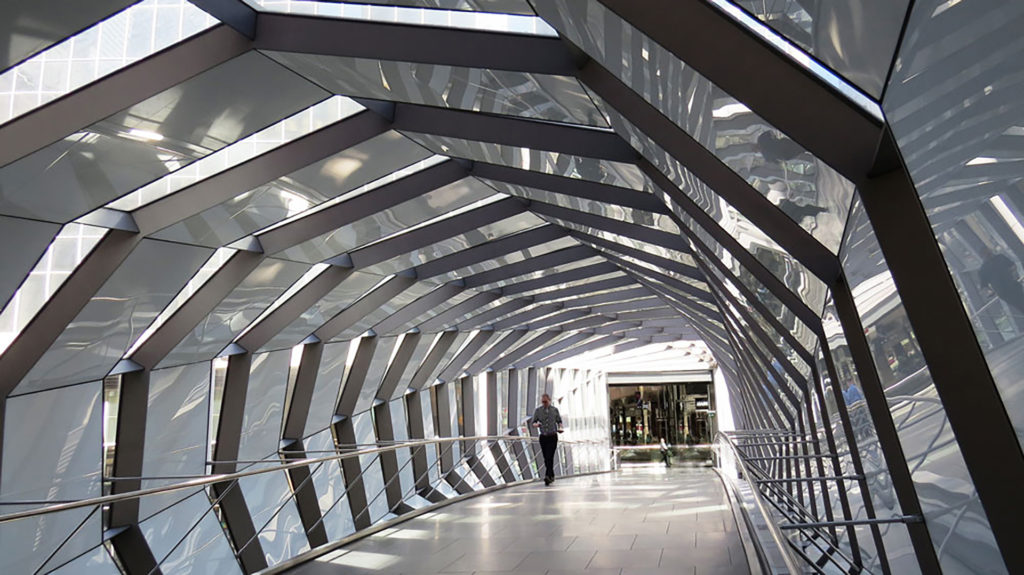 For more information, check out our recent project.