Located in Howard County, MD, the community of Columbia began in the 1960s as a planned group of self-contained villages. Lead developer James Rouse designed the community based on “human values” and hoped that these neighborhoods would help break down race, class and religious barriers. In addition, despite shifting demographics and economic changes, Columbia remains ranked as one of the best places to live in the United States.

In an effort to attract younger people to the area, Howard County drafted a plan in 2010, to reinvent Columbia as a cultural and artistic hub. The plan calls for Symphony Woods to be transformed into a “new kind of culture park where the landscape becomes a setting for arts, culture and civic uses.” The sculptural Chrysalis pavilion is the main hub for that revitalization.

The Chrysalis superstructure of 10 and 8 inch tubular steel is “knit” together with “moment” connections, making the whole arched shape act as singular structural element 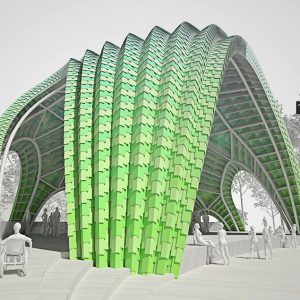 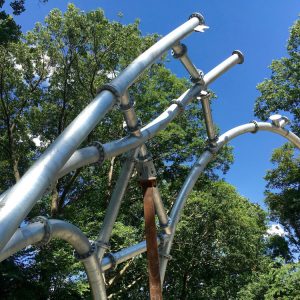 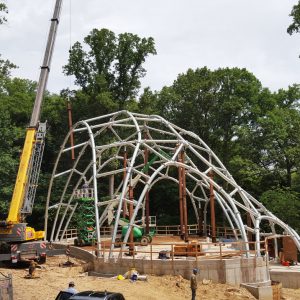 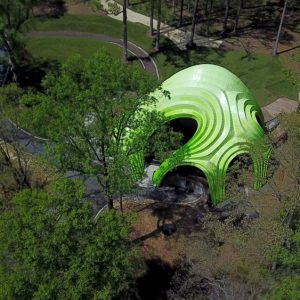 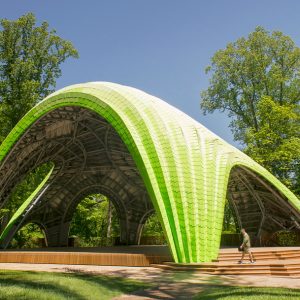 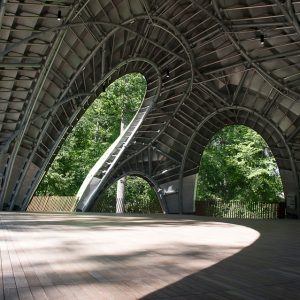 Metropolitan Walters assisted with both the structural design and the logistics of the project. Our role included furnishing, fabricating and erecting the intricate skeleton of steel tubing, while our partner, A. Zahner Company was responsible for an aluminum plating “skin.”

Despite its relatively modest size, construction of the structure, which designers describe as “systematically irregular” was far from simple. The finished Chrysalis stands about 50 feet high and has a footprint of about 5,000 sq. ft. The Chrysalis has no continuous lines of support, which means that during construction it was very unstable. Walters deployed 16 temporary shoring towers during construction that were removed once the structure was completed. 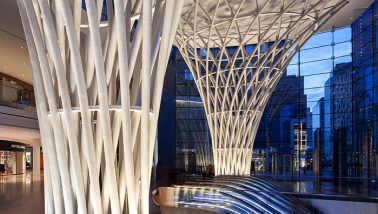 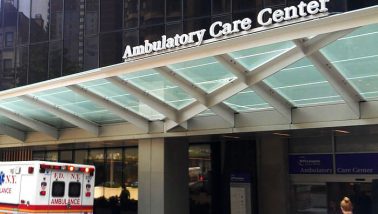 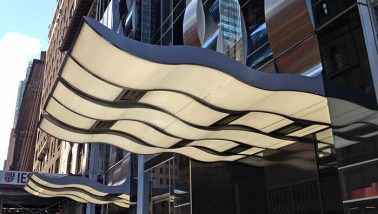 One 57
Undulating canopies extending organically from the glass curtain wall at...
View project 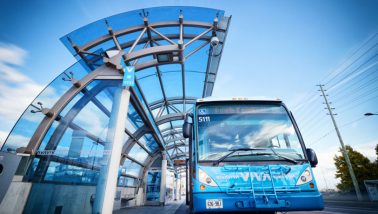