This bridge will be part of downtown Toronto’s PATH system, providing a way for pedestrians to navigate from Union station to the new GO bus terminal inside the CIBC Square complex. The pedestrian bridge is over 36m long and weights approximately 210 tonnes.

The bridge was fabricated in six truss-type pieces, which were then pre-assembled into two halves of the bridge in a yard near the 81 Bay site. Using a 600T mobile crane stationed on the Bay Street rail overpass at Union Station, each half of the bridge was carefully hoisted into its final position.

The lift required extensive planning to coordinate a full closure of Bay Street as well as multiple train track closures in the Union Station Rail Corridor. There is also an additional 85 tonnes of steel to be installed inside the existing Scotiabank Arena Galleria to support the bridge and add framing for a new mezzanine, stair, elevator, and two escalators. 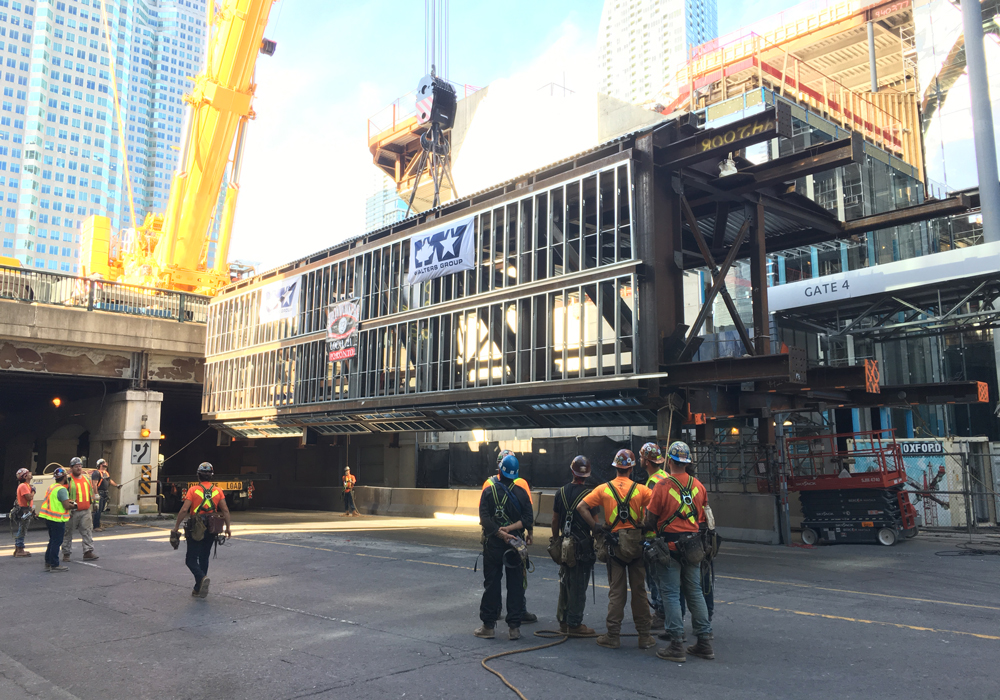